When a normal stick is pulled over the notches of another stick, the propeller starts to rotate. The vibration it generates translates into rotation of the propeller.
Duration 10 Min
Difficulty 2/4

A normal Hooey stick consists of two sticks and one of them is made up of a series of notches with a propeller at its end. When the normal stick is pulled over the notches of another stick, the propeller starts to rotate. The vibration it generates translates into rotation of the propeller. What mysterious force is playing here?

There are many possible explanations are out there about the device, one of them is, When rubbing the stick over the notches, it creates both vertical and horizontal vibrations which leads to an elliptical motion of the nail and causes the propeller to rotate due to friction with the nail.

Still there are many questions to be answered.

You will need only a few things to do this experiment that can be found in your house. 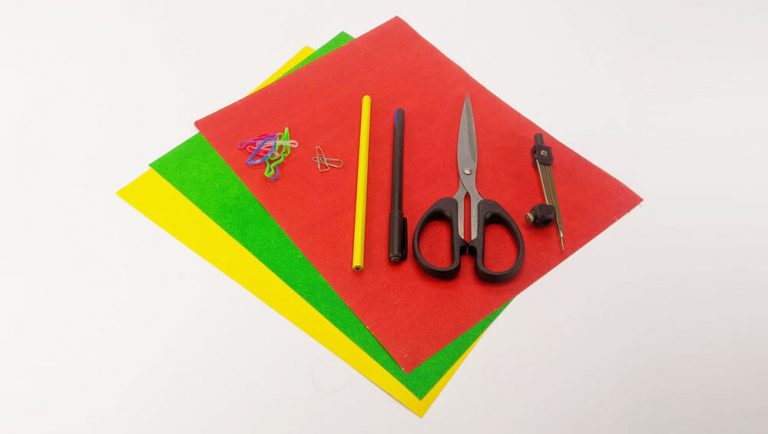 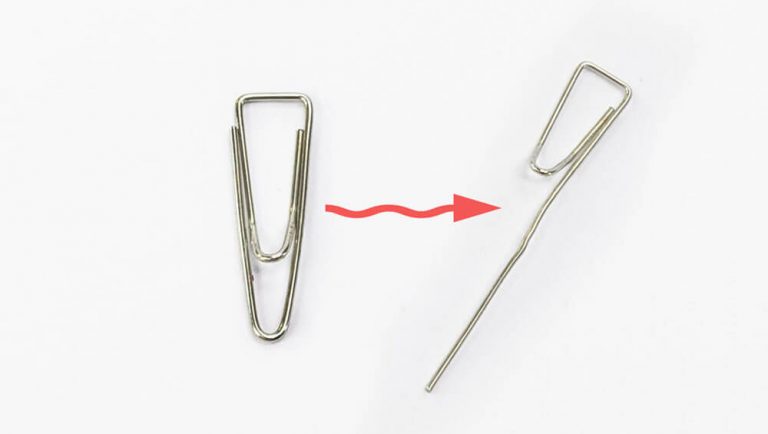 Tie the paperclip on a pencil 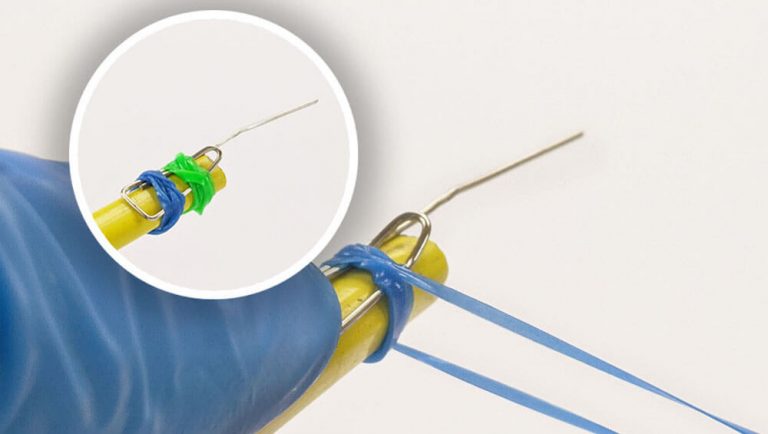 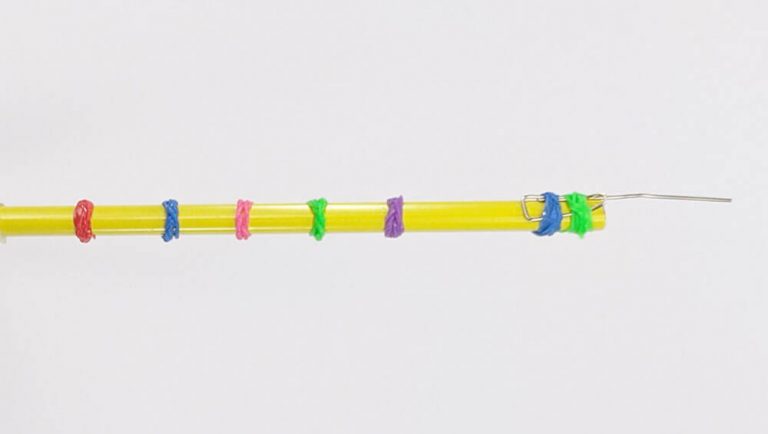 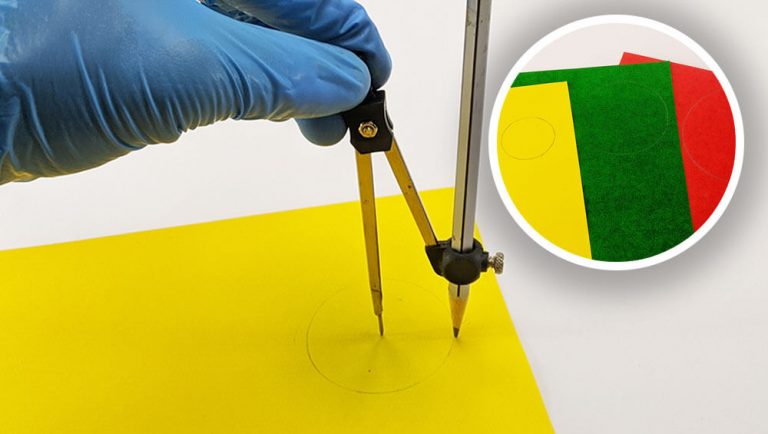 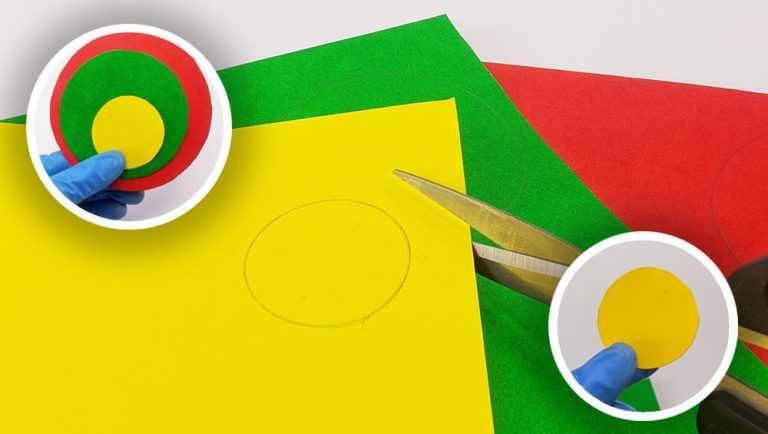 Fold the circles like in the picture. Cut the edge of folded circles. You will get flower shapes. It can be your propeller for the Hooey stick. 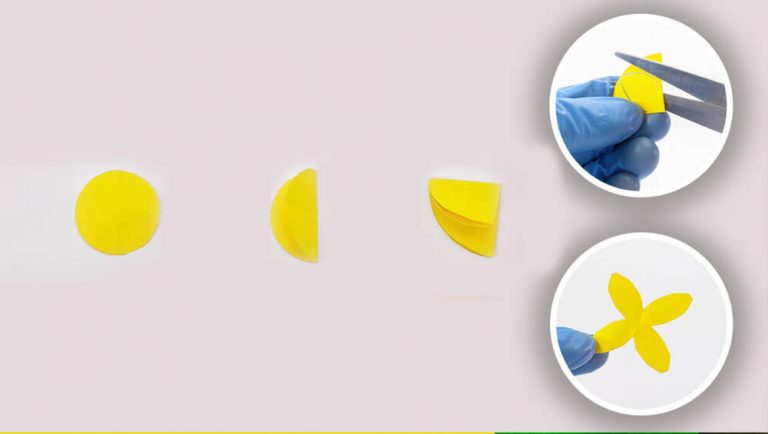 Fix the propeller on the paper 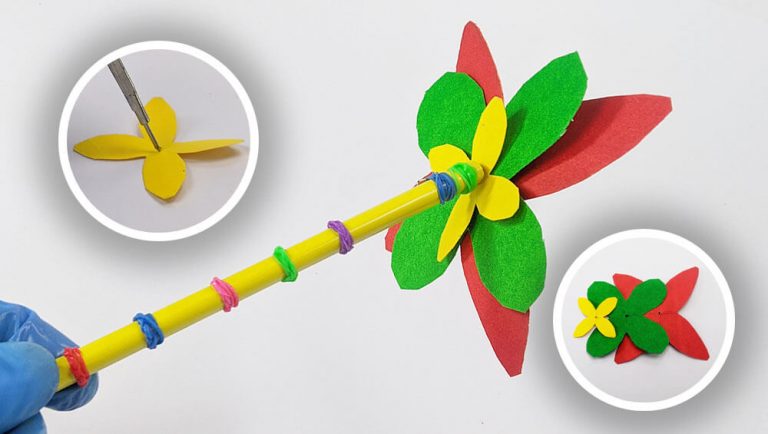 Put some polymer clay on the tip

Put some polymer clay on the tip of the paper clip. It will block the propeller from falling off while rotating. 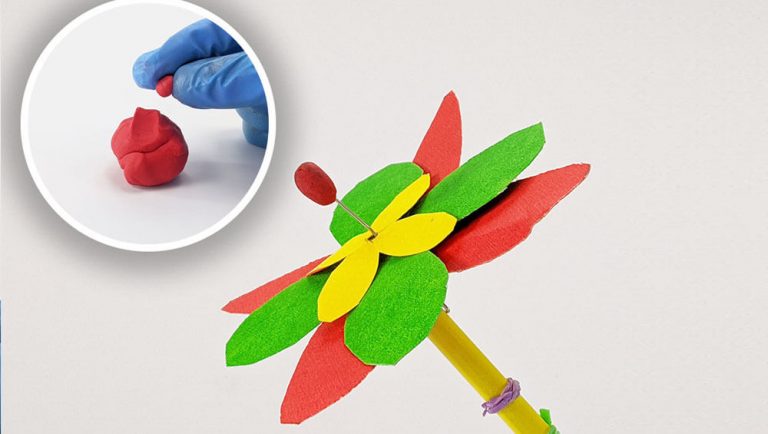 Rub the pencil back and forth

Finally rub the pencil back and forth with another pencil or pen. Amazingly the propeller will turn. How is linear motion converted to rotational motion?

The device has a variety of names, probably because it was popularized independently in many places. Some of the names in English are gee-haw whammy diddle, wammy doodle, beano stick,  and idiot stick. Despite its simplicity, physical principles governing the motion of the stick and the propeller are rather complicated and interesting.

When the normal stick is pulled over the notches of another stick, the propeller starts to rotate. The vibration it generates translates into rotation of the propeller.

There have been many research papers written about how a hooey stick works but they all do not agree with each other. One possible explanation is, rubbing the stick over the notches creates both vertical and horizontal vibrations- and leads to an elliptical motion of the nail in the centre of a propeller, which begins to rotate due to friction with the nail.

The crucial feature is that the propellor must not be pinned at its CM – which can be avoided by making the hole in the propellor at least twice the diameter of the pin. The larger the distance of the CM from the pin, the larger the amplitude of vibrations of the pin needed to rotate the propeller.

There is a secret trick you can enjoy a lot,  when rubbing the sticks you don’t just rub over the notches(rubber bands). The trick is that when you rub, press against the propeller-stick from one side with your index finger or the other side from your thumb. In that way you can control the direction of rotation of the propeller

It's super easy to make a black light with your smartphone.

Hooey stick is a wooden toy that has probably amused children...

You can shake this one all day long-it will always return...

What is photosynthesis? Don't just remember, let's do an experiment and...

Let's do an experiment to generate hydrogen and make it blast!...